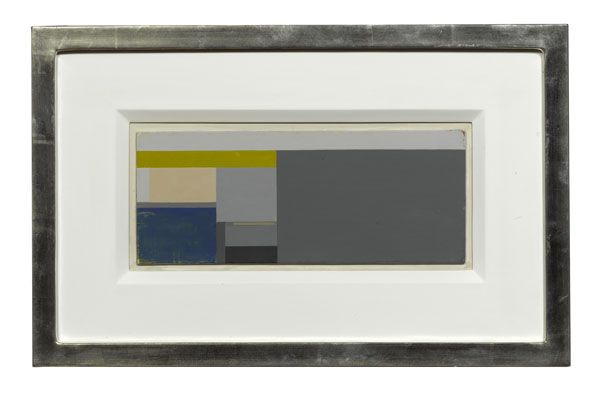 Canney was one of the first painters to explore the possibilities of the medium alkyd, an oil paint that dries rapidly and allows colours to be overlaid without the edges ‘bleeding’ into one another. From the early 1980s onwards the medium had a profound effect on his work, and resulted in his most distinctive period as a painter. A painting that is closely related to Choppy, titled Rigging, was included in Robert Miller, Michael Canney: Oils, Alkyds and Reliefs, exh. cat.,The Fine Art Society, London, 2007 (no. 37).