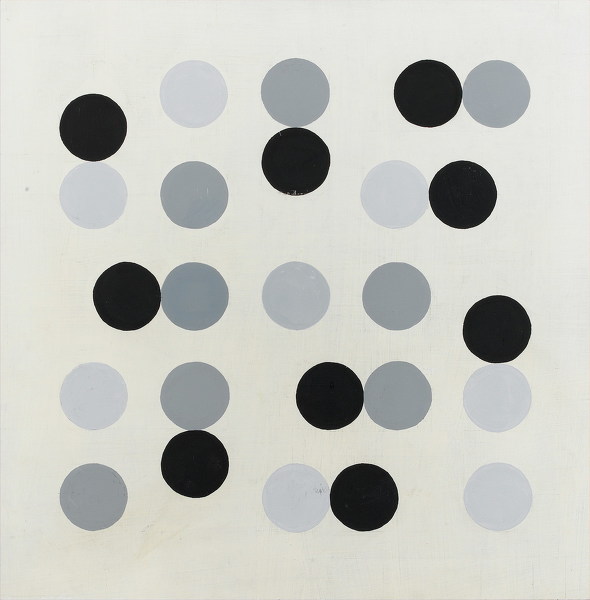 Hover over the painting to magnify (there may be an initial delay while the magnified image is loaded)
£8,250
Free shipping
Enquire
Add to cart


Signed and titled on the reverse

Sytems with circles and variations on squares - and occasionally stripes - were Canney's signature pieces of the 1980's - arguably his most productive decade.

'For a number of years now my work has been broadly related to the Constructivist tradition. However since 1979 it has relied upon a simple principle, in which the work constructs itself from itself ... The majority of the paintings and reliefs pay homage to the square, a format selected initially in the interests of its non-associative properties, its mathematical simplicity, and its formal neutrality. Division of the square format is by fifths, quarters, thirds, halves and so on, all of them proportions that are easily appreciated by the eye ... The imposition of these limits comes as a reaction against an earlier hedonistic period of improvisatory abstraction.' Michael Canney, Newlyn Art Gallery catalogue, 1983, pp. 4-7.