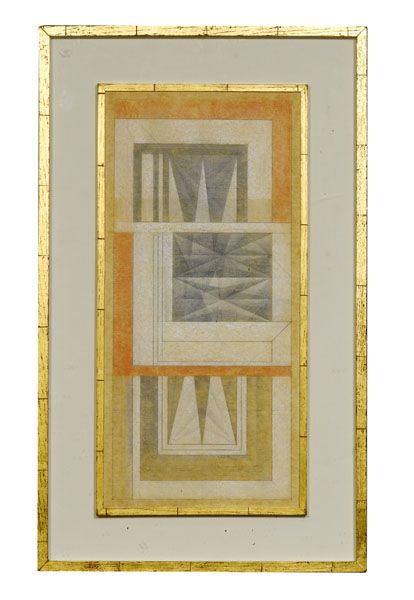 Design for the University of London Students’ Union Mural, circa 1964

In 1964 The Edwin Austin Abbey Trust for Mural Painting in Great Britain commissioned two works from Monnington for the University of London Students’ Union. The first of the two designs was executed in situ, in polyvinyl acetate on a panel 8 x 20 ft. (see photograph). This design was different from this study, mostly the middle panel has changed in the final piece. 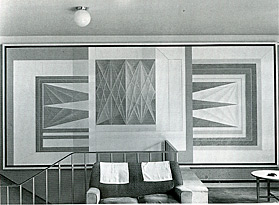 The resultant geometric design is very different from the rather florid Scholar Gypsy painted by Gilbert Spencer R.A in 1957, also commission by the Abbey Trust, on the floor below. The Gilbert Spencer mural has remained in situ, but been painted over.  The Monnington mural has suffered a worse fate:it was  removed sometime in the mid 1990's and is assumed to have been destroyed.