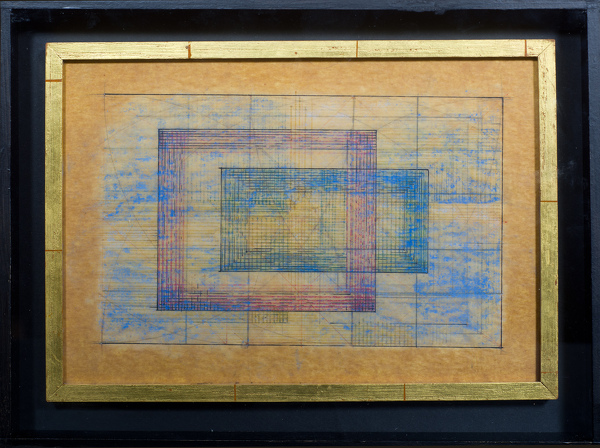 About Reciprocity:
EXHIBITED: R.A 1971 (77); The Fine Art Society, 1997, (162)
Previewing this work in a newspaper interview (Tate archive, source and date not given) Monnington referred to this as only his second picture in two years.This he explained was on account of being “an extremely slow worker” and painting in “a rather old fashioned mixture of eggs, oil and water, which was used by the early Italian painters.”Asked what the finished painting would look like Monnington replied, “it will consist of a lot of squares”.The link that Monnington clearly made with the early Italian painters,not only through the pursuit of perfect proportion but technique demonstrates the underlying continuity in his work.There was no distinction in his mind between figurative and abstract art.“Surely what matters is not whether a work is abstract or representative, but whether it has merit.If those who visit exhibitions would come without preconceptions, would apply to art the elementary standards they apply in other spheres, they might glimpse new horizons.They might ask themselves: is this work distinguished or is it commonplace? Fresh and original or uninspired, derivative and dull?Is it modest or pretentious?( Interview in The Christian Science Monitor 29.5.67). 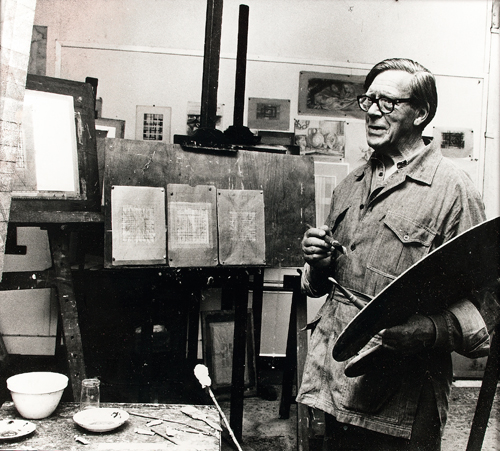