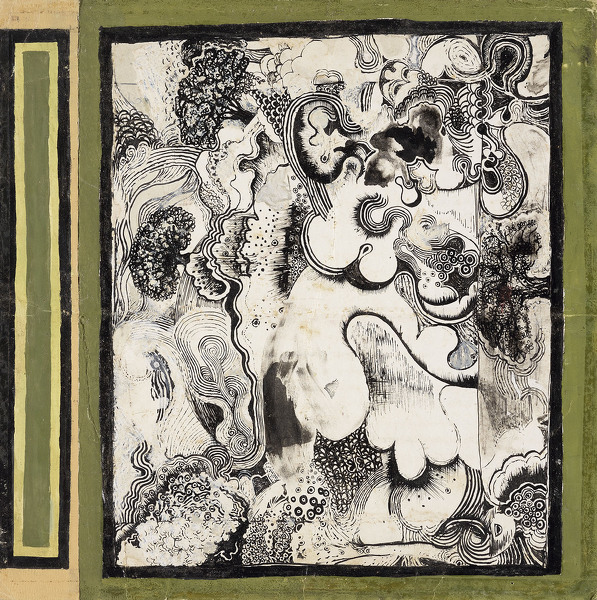 The shape of this composition suggests that it was possibly a design for a book cover.