Painter, illustrator, artist in collage and murals, draughtsman and teacher, born in Scarborough, Yorkshire. He studied at the Ruskin School of Drawing, Oxford, under Albert Rutherston, 1934–35, and at the Slade under Randolph Schwabe. During World War II he participated in the Pilgrim Trust Recording Britain project and was an Official War Artist. He had his first one-man exhibition at Leicester Galleries in 1946; other one-man shows followed at the Ashmolean Museum, Oxford, Zwemmer Gallery, New Art Centre, and the Laing Art Gallery in Newcastle-upon-Tyne, with a retrospective at Hatton Gallery there in 1980. In 1949 he became a tutor at RCA, a post he held until 1958. In 1959 he became Professor of Fine Arts, University of Newcastle-upon-Tyne, succeeding Lawrence Gowing; he held the position until 1980. In 1992 a touring retrospective was organinsed, starting in Newtown. Group shows included NEAC, AIA and RSW. He became a member of the Society of Mural Painters in 1943, taught mural painting at the Royal College of Art for 10 years from 1948, and received a Ford Foundation Grant to visit America in 1959. In 1948 he illustrated A Prospect of Wales. Murals completed include those for Barclay School, Stevenage, 1946, RMS Orsova and Iberia, 1954, and the British Pavilion at Brussels International Exhibition in 1958. In 1951 he painted murals for the Lion and Unicorn Pavilion at the Festival of Britain. Tate, Victoria & Albert Museum and WAC are among many public owners of his work. Rowntree’s pictures reflect the genial and witty nature of the artist, usually being landscapes and townscapes in which the elements have a toy-like neatness and familiar notations are employed. In the post-war years he also painted a considerable number of abstract (and semi-abstract) works. His work is sometimes signed with just his initials. He lived at Corbridge, Northumberland. 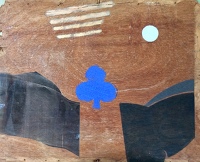 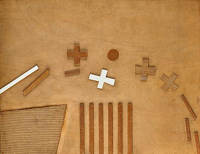 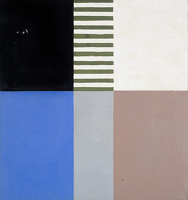 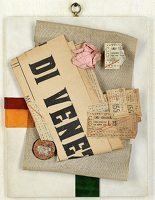 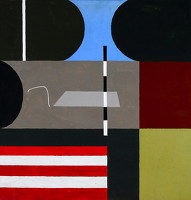 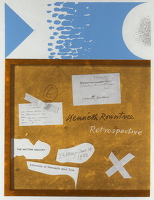 Kenneth Rowntree
Poster for the Kenneth...
£450 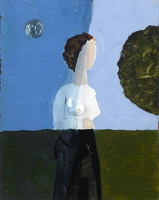 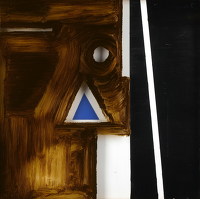 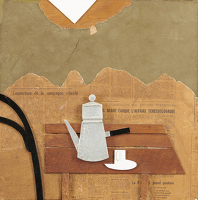 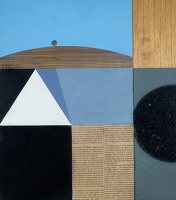 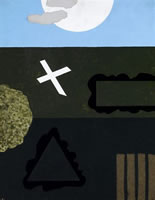 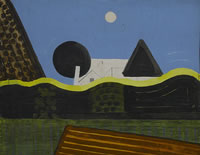 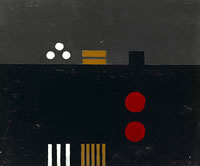 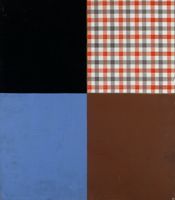