Painter, printmaker, theatre designer, teacher and writer, born in London, where he lived for much of his life. Studied at Byam Shaw School, 1923-24, briefly at Royal Academy Schools in 1924, then at Slade School of Fine Art, 1924-26, under Tonks and Steer. There he met Roger Fry and Duncan Grant and the Bloomsbury set. He spent two years in Paris, 1926-28. From 1929-34 he assisted Duncan Grant and Vanessa Bell. He showed with LG from 1929, becoming a member in 1937, and helped to establish the AIA the year before. He had his first solo show at London Artists' Association, 1932. In the same year he became associated with Rupert Doone, director of Group Theatre, and designed the sets for plays by W. H. Auden, Christopher Isherwood and T. S. Eliot. By the mid 1930s he was moving away from the ideals of the Bloomsbury set, having met and become friends with Henry Moore, Graham Sutherland, John Piper and Paul Nash. In 1936 Medley took part in a joint exhibition at Agnews with John Piper, Francis Bacon and Ivon Hitchens. During World War II Medley was an Official War Artist, and was also involved in camouflage work in Middle East. He taught at Chelsea School of Art, 1932-39 and 1946-50, and taught stage design and painting at the Slade, 1950-58. He was head of the fine art department at Camberwell School of Arts and Crafts, 1958-65, and was chairman of the faculty of painting at the British School in Rome, 1967-77. In 1980 he published a limited edition of screenprints for Milton's Samson Agonistes; he considered this amongst his best work. During his last years returned to figurative painting; Medley described his abstract work which had preceded this as 'metaphors for actual visual experience'. There have been two major retrospective exhibitions: at the Whitechapel Gallery, in 1963, and at the Museum of Modern Art, Oxford, in 1984. Numerous public collections have purchased Medley's work, including the Tate, British Museum, Victoria & Albert Museum, Imperial War Museum, Arts Council, Contemporary Art Society, and Government Art Collection. His autobiography, Drawn from the Life, was published by Faber and Faber in 1983. 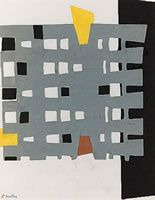 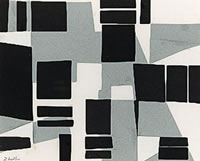